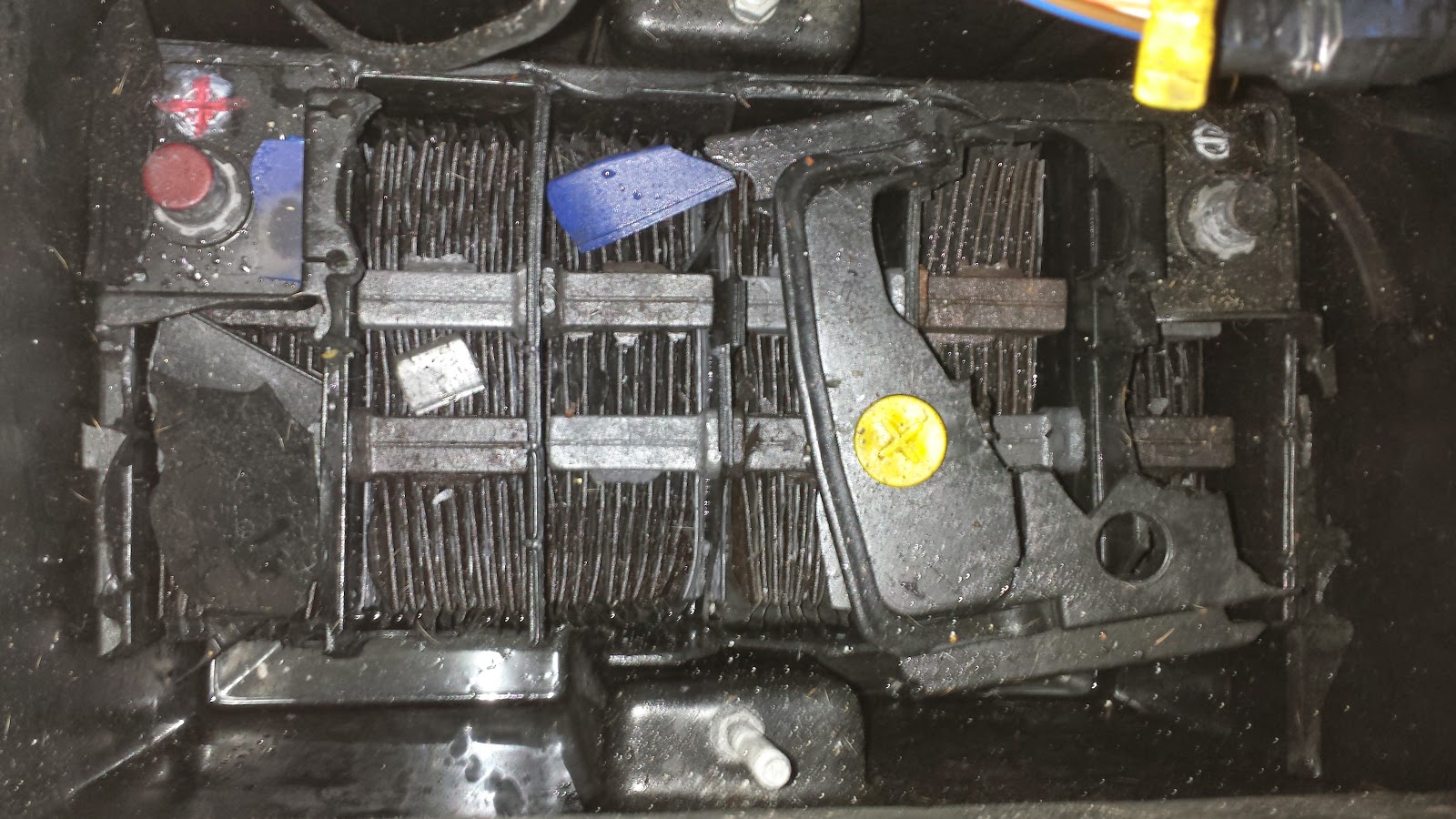 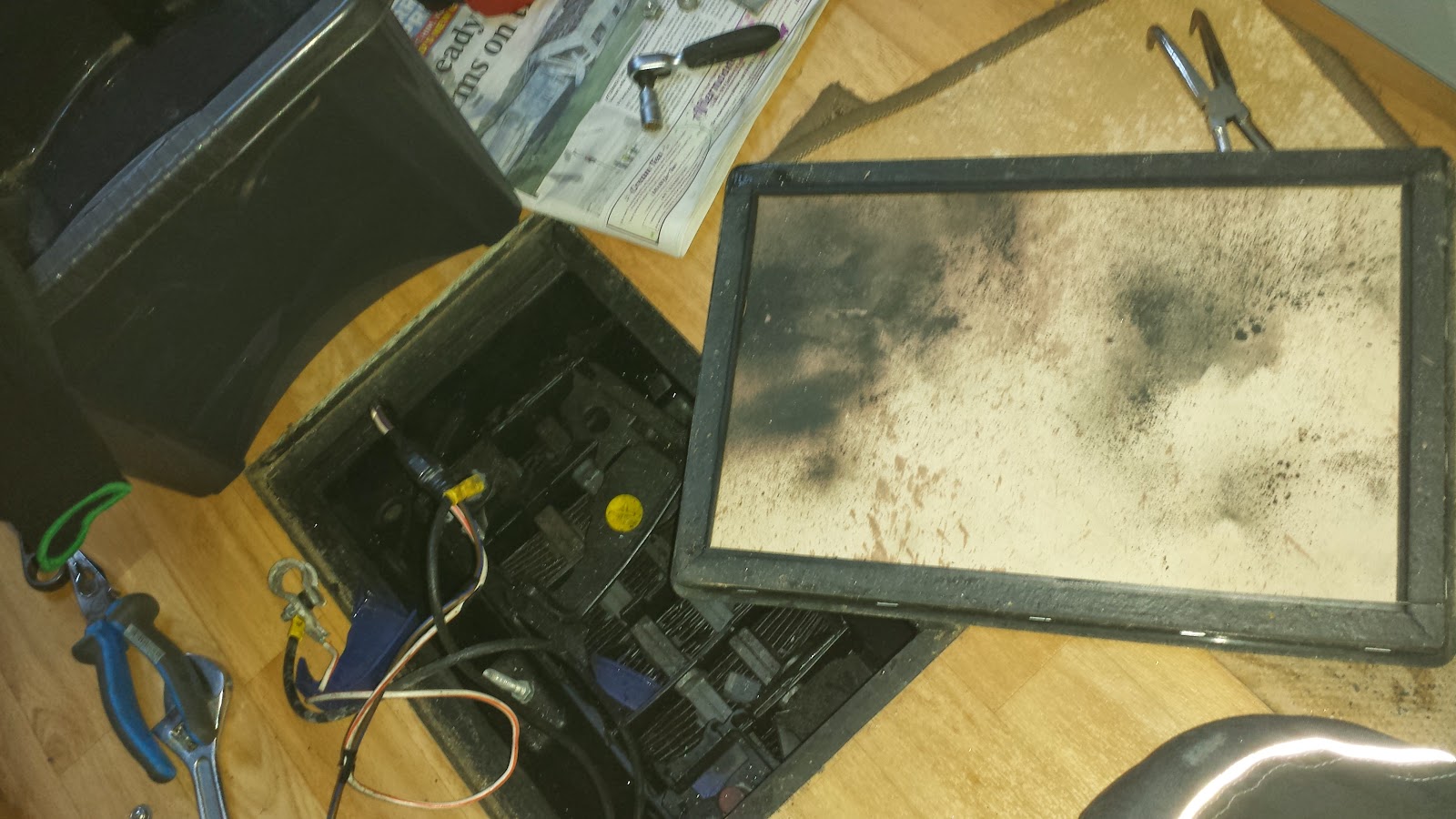 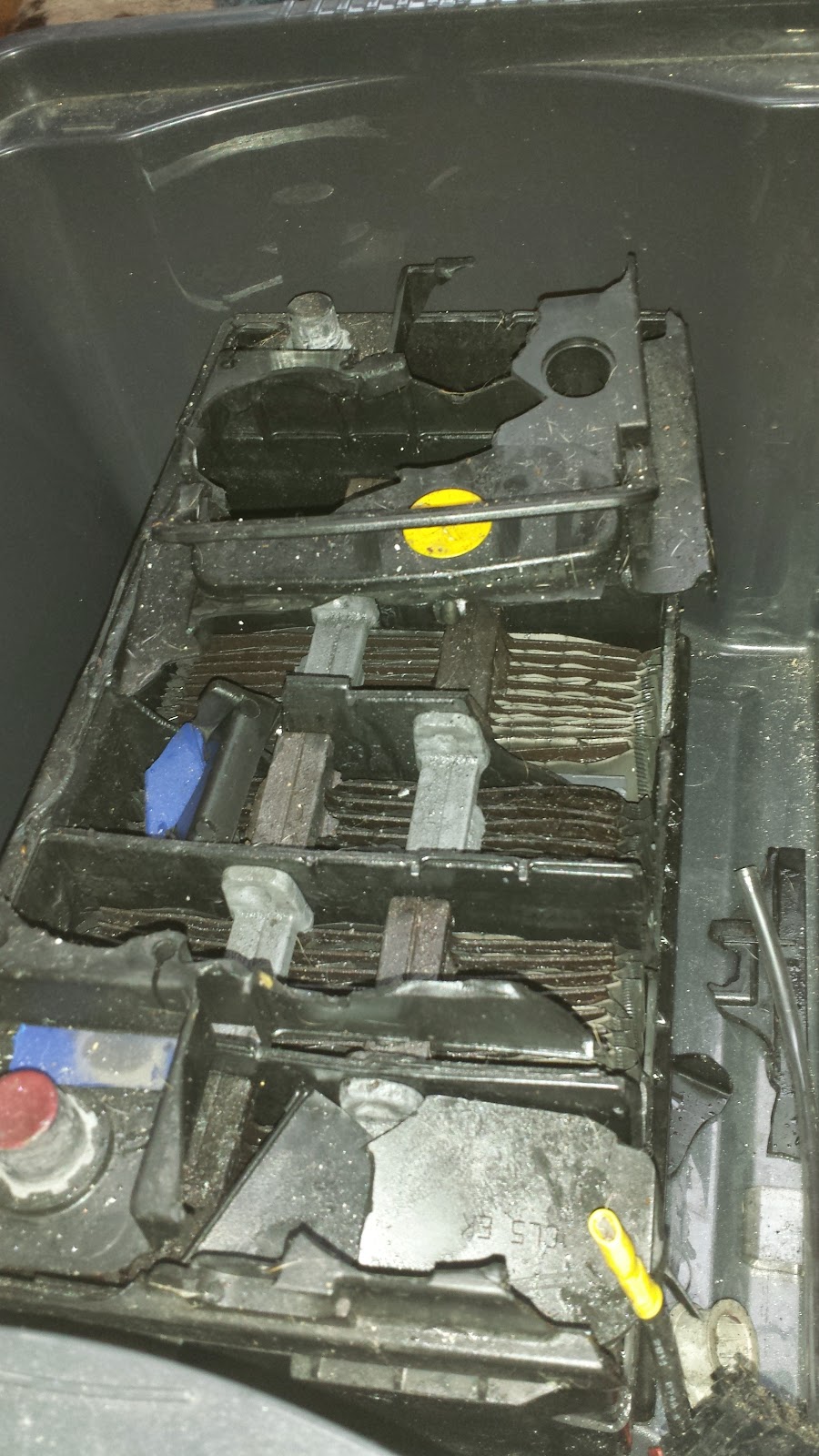 Fantastic news that the idea of a regular kite flying display has proven popular with everyone and now permission has be given to hold the event every Wednesday during the Summer  at Nairn Links. 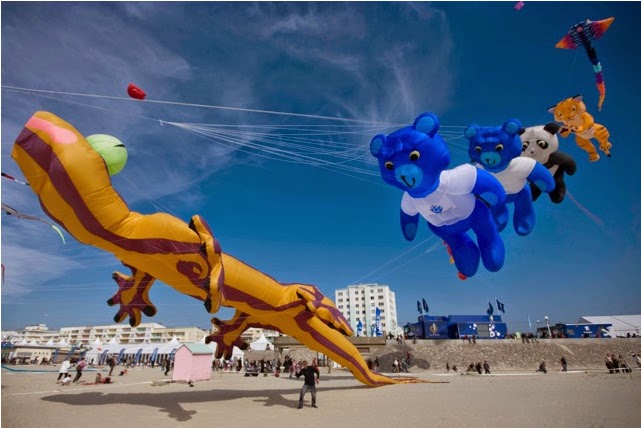 First event is Wednesday 18th June . Likely to be starting early afternoon as the wind picks up.

High tech wizardry from SEPA lets you see if you're at risk from being flooded by river, rain or sea.

Danger lurks unseen in the bottom of the wardrobe

So you're off for an early or late season break in your caravan  and it's a bit nippy, so you switch  the  heating system on , to get you nice and toasty warm.

You've never bothered with a gas safety check or a full service since you bought the van and you feel quite happy that all the systems  are safe..........

Yest, lurking in the bottom of this wardrobe, we found an instance of when you're faith would be very misplaced. 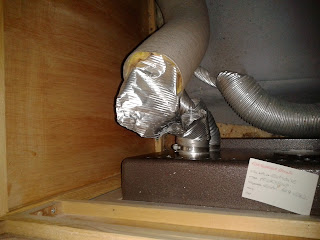 Both the air intake and exhaust gas  flues had failed completely.  When the heater was switched on it  was drawing its combusiton air from inside the caravan, and spilling all of its exhaust gas back into it too.

You may think it's safe but, unless you've had the gas system inspected, you don't know what's lurking in the bottom of your wardrobe .

The Whitbread company is a big outfit and one of their restaurant chains is Table-Table.

Arriving at their Uttoxeter restaurant on Saturday, and being in need of a quick lunch, you can imagine my surprise when I discovered that the premises contained an assembly of the earliest Christmas decorations I've ever seen.

Checking the date on my phone, just to check  that  I'd not slipped through some hole in the time-space continuum as I'd earlier passed through Draycott in the Clay ( which I grant you sounds as if such things  happen there regularly), I found that , as I first thought, it was still the 14th September.

So not quite halfway through September, someone in a middle management position surely reached by either Peter's, or possibly Dilbert's principle , had instructed the poor hapless manager to build a Santa's Grotto.

Now don't get me wrong, I like Santa as much as the next man, and Grottos too, and the two in combination can be rather splendid fun...... but not when the warmth of the Summer is still such a recent memory.

Unfortunately the high-tech ordering system had decided it was as perplexed as I was by the site of a ' Letter to Santa' postbox  on the wall , and decided it didn't want to play ( I did suggest to the manager that it might re-boot on the 1st of December).  Rather strangely, the only other time  I called there the credit card machines weren't working, no doubt taking the huff at the appearance of Easter eggs  , just after Halloween.

The lack of a 'system' cause meltdown. I'm not sure if going through to the kitchen and handing  a wee note over to the chef  , telling him what the customer wanted , features in the staff training manual. Judging by the time it took to get my meal I suspect all of the kitchen and front of house staff were gathered around the printer in the kitchen in a trance like state, waiting for it issue their every instruction.

Perhaps whoever issued the order for mass grotto genesis  to take place across the company would be better issuing notepads and pencils to the staff.

So , without any doubt, Table Table and its ilk win the HMACS business award for idiocy above and beyond the call of duty for 2013.

Apologies for the poor quality photo. I think my phone camera lens was blurred  by the tears shed to mark the unjustifiable passing of common sense..... German-based chassis manufacturer Al-Ko is recalling a number of their 2361 model caravan chassis',  after discovering a fault which can cause wheels to come loose.
They are being withdrawn after Al-Ko's monitoring of its product showed that there were irregularities in the film thickness of the brake drums, which can cause wheel bolts to release, and lead to wheels coming off.

They will replace the brake drums on the caravans free of charge at dealers and caravan workshops for any customers that have one of the caravans.

Al-Ko provides around a million caravans worldwide each year, and around 7,000 caravans are believed to have been affected.

They were supplied by Slovenian, Swedish and German manufacturers in October of last year.


Al-Ko is  acting quickly to ensure no accidents are caused by the fault, and have advised owners to not tow their caravans except to the garage, and to take precautions by checking the wheels throughout the journey.

I would hope that anyone who had bought a caravan affected would have been contacted by their suppling dealer but give them a call if you have any doubts  .

There are times when you're towing your caravan when you hit a speed bump, or another road user  forces you to hit a pothole that you were trying to avoid.

You grit your teeth and  wait for the big bang...but , most times, everything seems to remain intact.

We had a customer earlier this week who had hit a big bump in the verge with his caravan some months ago, when trying to avoid an oncoming and unyielding timber truck. He stopped shortly afterwards and inspected his unit, which seemed to have escaped with no damage.

On arriving at a local site at the weekend, he connectedhis hook up but the miniature circuit breaker that supplied his charger, lights and water heater just kept tripping, leaving him unable to charge his battery. 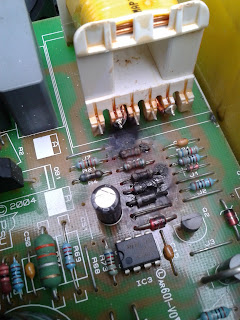 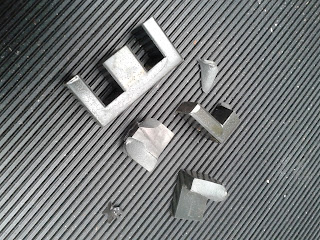 We suspect that the core fractured when he was forced off the road but the main parts stayed attached to the transformer for months, until his visit to the area, when one of the broken parts caused a short between a transformer terminal and some of the components on the PCB.

At least the protective devices worked  and prevented any major issues and, to be honest , it would have been be a very difficult issue to identify, prior to it causing the charger to fail. So, in the words of Inspector Clouseau, you should always expect the unexpected...........
Posted by hmacs at 15:16 No comments: